Skateboard camps can be anything from a casual drop off at the local supervised skatepark to a full on extreme sports camp. Complete with cabins multiple skateparks and professional skateboarders.

As seen here I have spent a few summers working at and instructing kids at a skatepark. The things I learned then still ring true at any skatepark around the world.

Most camps will not provide a skateboard. Some will rent you pads. Occasionally I have seen skateboard rentals. Camps vary in quality and services. Some things you might expect from drop in style Local camps and Pro camps are as follows:

Drop in
This is when parents drop their kids off at the pay skatepark and leave them there. This is an unofficial, unstructured daycare sort of thing. Some parents have figured out that a skatepark is the cheapest daycare around. At $15 dollars a day plus some food, your little shredders can be the skatepark attendants’ problem for the summer.

Any supervised skatepark I have ever been to has kids that are there day in and day out every day of the week. You get to know these little groms and they become part of the skatepark experience.

Local camps
These are often run by a local skatepark or skateshop. You drop your kids off for the day and get them at night. They are often staffed by local skateboarders. The prices range all over the place.Probably $250 for a five day week. Gives you a semi structured place to send your kids while you are at work.

A day filled with instruction and games, lunch and maybe a day trip to the water park or something.Not bad to get the youngun a place to go while you are at work. Is it?

Pro camps
Skateboard Camps that you send you kids to for a week in the summer. They stay there over night and skateboard for the week. These camps will often have professional skateboarders as instructors. They usually run about a $1000 for the week.

They often have many other programs like gymnastics, BMX and other sports. This is often the highlight of a kids year. I was not able to go to one of these when I was younger. It would have been the best thing in the world.

There are a few different formats and a range of quality for Pro skateboard camps.

The Best Skateboard Camps Around 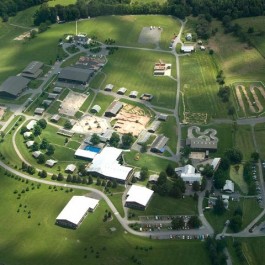 Woodward is the undisputed champion of skateboard camps.
Camp Woodward
With locations all across the USA and internationally. They have the best parks, pros and facilities. Some of this is taken from the Woodward site. It gives you an idea of what to expect from the best. I rephrased it a little but they really do deliver the right stuff.

Element YMCA Skate camp
Element Skate Camp
Sequoia National Park California.
Element skate camp is probably the most skateboard industry connected skateboard camp. They don’t have the facilities and parks that Woodward has. What they do have is time with the pros. You get a lot of activities to choose from and you get the pros at your finger tips.

The pros really hang with the kids at Element skatecamp.

The Windells was started by Tim Windell a champion snowboarder who was there from the beginnings of snowboarding. He was able to go pro before many of us had even had a chance to try snowboarding for the first time. They have turned their place in Mt Hood Oregon into a paradise for snowboarders and skaters. I can't speak for the other activities but they got the skateboarding right. With awesome skaters and really great places to skate.

The promo video show so many activities for the campers that aren't skateboarding too.

Located in the woods a few hours north of Toronto, Canada's largest city. It is a Christian youth camp that gives you a choice of what you want to do. They have a one hour sign up for skateboarding in a beginner course. If you decide you like it then you can skate all day if you want. They also have a full on B3 program for skateboarding the whole week.

They have a 80,000sqft of parks. The facilities do other camps like BMX, gymnastic and have tons of activities like wake boarding, paintball, cooking, praying, you name it.

I don't know of the quality of the skatecamp. Imagine it is good but can't really tell from the website.
You decide.

RubiconSkate in the UK
Rubicon Skate
This camp does not provide their own skate park. They travel to two parks in the area a day.
The list includes:
Stoke on Trent Plaza, the Works, Rampworx and The Boardroom.They provide everything from accommodation, transportation, food and instruction.

The site says something like this:
"The majority of camps, unless otherwise stated, are not suitable for complete beginners. If your skateboard was bought from a toy store, if you are struggling to do an ollie or drop into a flat bank, if you only skate occasionally it is likely you’re not quite ready for a week long skate camp.”

This is all skateboarding

A pretty neat idea. Much lower cost to create the camp yet still providing the skateboarding.

I want to go to all of these skateboard camps. I think it would be the most fun to stay and skate the best places all day with the best skaters. What a great way to get your shred on.