What is Skateboard Griptape?

Skateboard griptape is essential for board control. It gives you grip where you need it. I will show you how to put it on and give some ideas for how to jazz it up too.

Skateboards are controlled by your feet. That means there must be a way to grip and control them using only your shoes. Enter grip tape.

Griptape is a sandpaper sticker that is applied to the top surface of your skateboard. It gives your feet lots of grip to stick to when doing tricks. 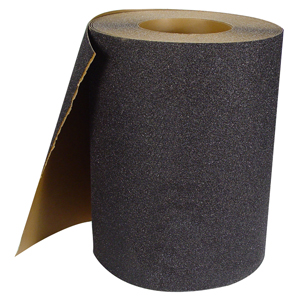 Usually coming in rolls you can also buy single pieces that give you patterns and graphics. I like to use plain black griptape that covers the entire top of the board. My board gets trashed pretty good and doesn't usually last long. So I don't bother with custom stuff very often.

For those who like to get their board looking sweet you can do them up however you want. You can get all different colours, camouflage, leopard print, shake junt brand or whatever.

Cut out patterns of grip and place it on. Cut it out first and then stick it on. If you try to cut it while it is on the skateboard then you risk damaging the deck.
I made this mistake early on and the board actually broke along the lines I cut.
Don't do that!

Once you decide what you want then you have to put it on the grip tape a simple yet tricky process.

Putting the Griptape on the Board

Putting skateboard griptape on your new deck can be tricky if you don't know how. Taking that huge sticker with rough sand paper on the back and fitting it on your awkwardly shaped skateboard seems impossible.

There are many ways that you can put grip on the skateboard. I will show you how with the least amount of tools and without scratching your hands. You will save and use the scraps from the grip to add the final finishing touches.

Follow these steps for full skateboard griptape and you will have no problems. No bubbles or crooked layers of grip and no bloody fingers.

Tools you will need:

Now that you have what you need. This is what to do:

If you are using a roll measure the length you need by stretching it over the deck. Give an inch or so more than the length of the deck for enough to fit it on nicely.

Then I am ready to go. If you followed this then you will be ready too. Look forward to photos and video on the process sometime soon.