Why is there no Olympic Skateboarding? Well I think that there should be and here is why:

Older skaters resist the mainstream while younger skaters embrace it. Growing up as outcasts they don't want anything to do with the mainstream. Skaters who started because of the X-games or Tony Hawk Pro Skater video game and mainstream exposure have no problem with it

There has been a lot of push away from Olympic skateboarding by an industry that came from the underground. This is because skaters do not want to sellout and often resist success because of it. They are not used to being in the in crowd after coming from a culture of being a misfit.

Years ago in skateboarding you used know everyone who skated and Those who didn't skate everyone else treated you like an enemy. They chased you away, kicked you out, made fun of you at school. The list goes on. The skaters who lived in this hostile world grew up into business owners in skateboarding. A skateboard industry was created that wants nothing to do with the mainstream.

Then came mainstream interest from everywhere including the Olympics. It was not welcome and here is why.

Most skaters from the mid 90's and earlier were outcasts. They were treated as outsiders and even criminals by everyone outside of skateboarding. I was the only skater in a highschool of over 1100 students. When the principal saw my skateboard he confiscated it on the spot. He said I can't have that here. Even following me off school property to stop me from skateboarding. Yet he had no problem with the football or lacrosse players bouncing their stupid balls up and down the hallways. Every skater has stories of being kicked out and having their boards taken from them.

Therein lies the problem. Skaters were treated as separate and unfairly because they were different. The attitude of the skater is often independent and society does not value that sort of thinking. Many say it does but it really doesn't.

These once outcasts have now started most of the businesses in skateboarding. Keeping skateboarding alive when it was very unpopular. They played a huge role in making skateboarding it is what it is today. The skateboard industry is made up of men and women who were told, NO! They were told that who they were was not good enough and not accepted.

They developed their own way of doing things and grew an industry from the underground. From the streets. This outcast treatment ingrained in skaters that they would do it their way. These skaters were what drove skateboarding. They deserved control of their destiny’s both on and off their boards.

Skateboarding was a lifestyle and it was what made life worth living for many.

Growth Despite All Odds.

Because of this strong core things started to change. Because skateboarding was so awesome and underground, it became cool. It became really cool and it started to grow. Steadily.

This growth was immediately met with push back. Skaters who didn’t know you would treat you bad. They would say things like; you weren't hardcore, you didn't skate long enough or good enough. If you were new to skateboarding you were a poser and the worst. There was a lot of negativity.

Big business started to take notice of the new niche. Non skaters started companies to cash in. They sold in mall and made videos games. Money from outside of skateboarding started to pour into this misfit culture. Skateboarding became a sport that the Olympics wanted to include to stay relevant to a younger audience. 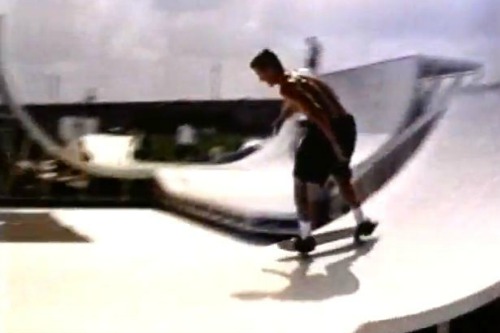 Seen here is a clip from the Plan B video The Revolution. Danny Way is skating the ramp set-up used in the closing ceremonies of the 1996 Atlanta Summer Olympics. A demonstration of the sport to a larger audience of the world. Showing that the Olympic skateboarding is something the IOC really wants included in the Games.

Still, push back from the industry. Almost 20 years later they want control of how skateboarding is presented. Haven't organized a governing body to make the decisions. They are still protecting their lifestyle. Their business, they need to keep it real. To be real skaters. This may be at their own peril. 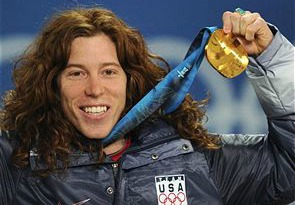 Bigger and bigger prizes were being given. Nike, Adidas and others started sponsoring pros. the sport became legitimized and many young kids were exposed to something very cool. Skateboarding.

Snowboarding which has similar roots to skateboarding was included in the 1998 Nagano Winter Olympics. It was a little bumpy for the snowboard industry getting started. Now it has become widely successful. Helping make talents like Shawn White a skateboarder to be one of the most recognized athletes in the world to both young and old.

The skateboarding industry through disorganization and stubbornness has been able to keep the Olympics from touching it. By its nature the misfits of old do not value the mainstream and probably never will. This will keep pressure to stay out of the games.

They have successfully kept the sport of skateboarding from growing out of their control. They hurt skateboarding with their old fashioned beliefs to keep it their little pet.

But attitudes are changing. The younger generation of skaters coming up these days will have no problem with the growth and the Olympic skateboarding. They had the TV and videos games and skateparks all over. For them skateboarding has always been the cool thing to do. It was easy for them.

A Smaller Piece of a Much Larger Pie.

In my opinion skateboarding will only grow if it is included in the Olympic games. It should be in the Olympics. Whether you think it is a sport or an art form is not an argument for or against inclusion.

Recent history has hit the skateboarding industry hard. Let's see how this all plays out now.

Let Olympic Skateboarding come and let skateboarding grow. Even with the imperfection of life I will enjoy it more and more. That is what I want.